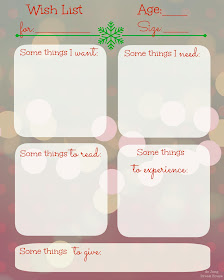 I know it's barely August, and my four-year-old doesn't even start pre-K for another month, but today we were shopping and I got a lot of this:

I will say, that since we started using his spend/save/share jars, D has been a lot better about asking for things, but will instead ask how much something costs, and if he has enough to buy it.

But today's shopping excursion reminded me that it's about time to bring out the December List. December is an insanely busy time for us, not only because of Christmas, but also because it's D's birthday Sinterklaas, which is Dutch Christmas on December 5, and a pretty big deal, too because Sinterklaas has lots of traditional foods and activities, and treats he likes to give good little boys.

As you can imagine, December has the potential to be a little crazy with gifts for our little boy. (Kind of a bummer for him the rest of the year, but we tend to buy what he needs when he needs it, and give him opportunities to earn money for the times when he finds something he wants but we don't think he needs). Even before D was born, we decided that we would limit his gifts.

For each of the big three December holiday, he gets:
In addition, he chooses something to give. We semi-regularly go through his clothes, toys, and books. This is something that he chooses for another boy his age, and pays for part of it with his own money. In the past, it's been a train set.

We do other giving at Christmas, using The Sparkle Box as our inspiration, like filling out boxes for Operation Christmas Child, but the "Something to give" gift is selected by D and then we drop it off at Toys for Tots, which is really cool around here because we get to drive through a blimp hangar to do it.

All that to say, we came up with "The December List" as a way for our son to write down all the fun things he sees and wants starting around this time of year. He has seen me take photos of things I like in stores because I have no memory, so now he asks me to take photos of the things he likes, like in the photos
above.

With the December List, he has a place to write down his suggestions. Closer to Thanksgiving, he'll prioritize the list because he knows his gifts are limited. It's also nice for grandparents looking for ideas!

I realize that not everyone has three major events to celebrate in December, so I made a free printable wish list for those of you who celebrate only Christmas at the end of the year.

You can thank my friend Lauren from The Thinking Closet for introducing me to Box as a way to share printables. In fact, I have gone back and made all my printable available on Box.

I hope you enjoy these! Feel free to pin away! Or better yet, follow me on Pinterest. Or whatever your favorite means of social media. You can find me on Facebook, Twitter, Hometalk, Bloglovin', and Google+.