The unpacking has slowed down. We are one tired family.

After a rough first night, our son is sleeping great again. We think he's finally feeling settled again after two moves in two months. He loves having his friends over. Yesterday a friend came over with her daughter and the two of them were so cute at the dining table sharing a cooking by taking a bite and passing it back and forth. 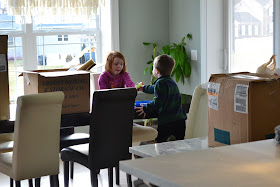 D already has two more play dates set up this week with the neighbor boys. We are so blessed to have found this street.

Niels was home today supervising the DirectTV installation (Sprout for D and NFL Sunday Ticket for us!). There was some drilling involved. 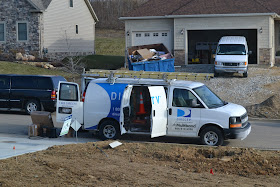 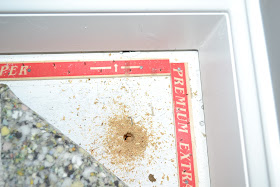 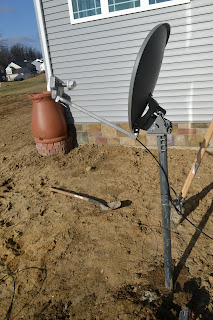 I spent a good portion of the afternoon out, first catching up with my neurologist, and then making a donation to Target and Kohls. Now that I'm home, Niels has driven back to the apartment for the third and final attempt to retrieve everything from the old apartment. We have also learned Niels does not appreciate this exercise in TBI-empathy! He'll laugh about it eventually...

Yesterday I make our first dinner at home. Since I was still in the midst of unpacking, I made an old standby: Italian chicken in the crockpot. I forgot about the rice until our stomachs were rumbling so the inaugural dish on the cooktop was instant brown rice. And wow. What a difference a new stove makes. It took less than 3 minutes for the water to boil. I love this cooktop! It was an older model display, so we got a great deal, AND it is already my favorite cooktop/stove ever! 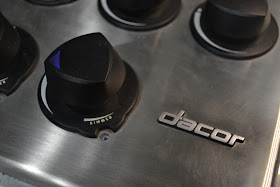 Firing up the cooktop! 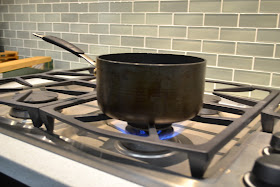 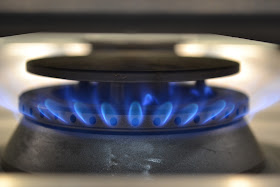 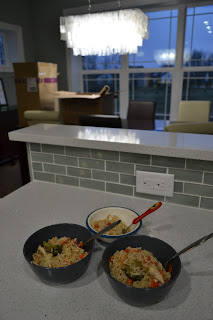 As far as progress, I've made more headway with unpacking. There are definitely fewer boxes on the counters. 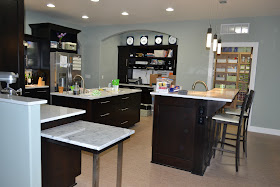 I made a little more progress on the pantry. 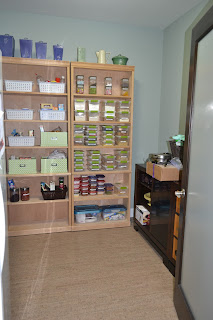 And today's bit of inspiration was using tension rods to make dividers in my spice drawer: 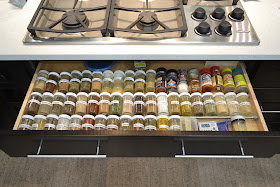 We are really enjoying the kitchen. In addition to the over all look, we especially love the insta-hot. I think we've each had about six cups of tea already.

Niels has made great progress on his office yesterday, and set up the in-law suite. We are now ready for guests! 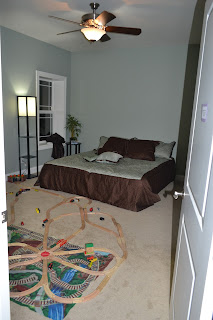 I look at this pile of boxes to recycle and think we must be almost done. 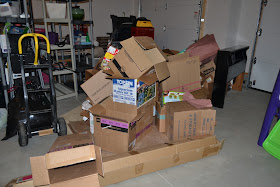 And then I see what we have left to do. 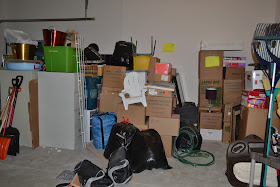